LONDON, Sept 9 (Reuters) - British supermarket group Morrisons, at the centre of a bid battle between two U.S. private equity firms, warned industry-wide price rises were coming as it reported a 37.1% fall in first-half profit, partly due to more COVID-19 costs.

"That combination of a dearth of labour, a dearth of skills, the pingdemic and COVID cases does mean that everywhere in the supply chain there is strain," he told Reuters.

That has meant some in-store shortages of water, carbonates, juice, crisps, pet food and wine.

"We have still got an aisle full of water, we've still got pop to choose from, it's just not as wide a range as it was," he said. 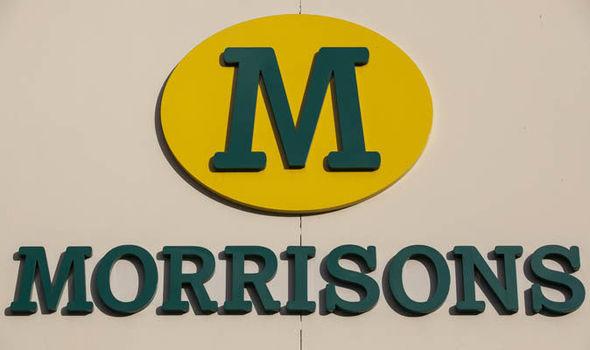 The shortage of drivers has forced Morrisons to pick up stock from its suppliers that they would normally deliver to it.

Potts added his voice to widespread calls for HGV drivers to be added to the shortage occupation list so foreign labour can plug the gap.

LAST RESULTS AS A PLC?

In a results statement that looks likely to be Bradford, northern England-based Morrisons' last as a publicly listed company, it reported profit before tax and exceptional items of 105 million pounds ($144.5 million) for the six months to Aug. 1, down from 167 million pounds in the same period last year.

Morrisons, which trades from 497 stores and has a staff of over 110,000, said direct COVID-19 costs were 41 million pounds, while 80 million pounds of profit was lost in cafés, fuel and food-to-go areas because of the pandemic.

Total revenue including fuel rose 3.7% to 9.05 billion pounds, with like-for-like sales excluding fuel and VAT sales tax down 0.3% - falling 3.7% in the second quarter, having risen 2.7% in the first. read more

Despite the supply chain disruption, Potts forecast "biblical" Christmas demand this year as Britons will be keen to meet up in bigger numbers having been stopped by COVID-19 restrictions last year.

Morrisons maintained its guidance for full-year profit before tax and exceptionals including business rates paid to be above the 431 million pounds made in 2020-21, excluding 230 million pounds of waived rates relief.

However a rival consortium led by Softbank-owned (9984.T) Fortress Investment Group could still trump CD&R's bid and the battle looks to be heading for an auction process overseen by the Takeover Panel. read more

CD&R's latest offer is worth 285 pence per Morrisons share - a 60% premium to Morrisons' share price before takeover interest emerged in mid-June.

Morrisons shares were trading at 293 pence at 0951 GMT, indicating investors are hoping for a higher bid.