Canada’s prime minister, Justin Trudeau, will continue in office, but has not won a hoped-for majority in a snap election. Preliminary results suggest the new House of Commons will look very much like the old one.

Trudeau, leader of the Liberal party, gambled on a snap election hoping to capitalise on his government’s performance during the pandemic. 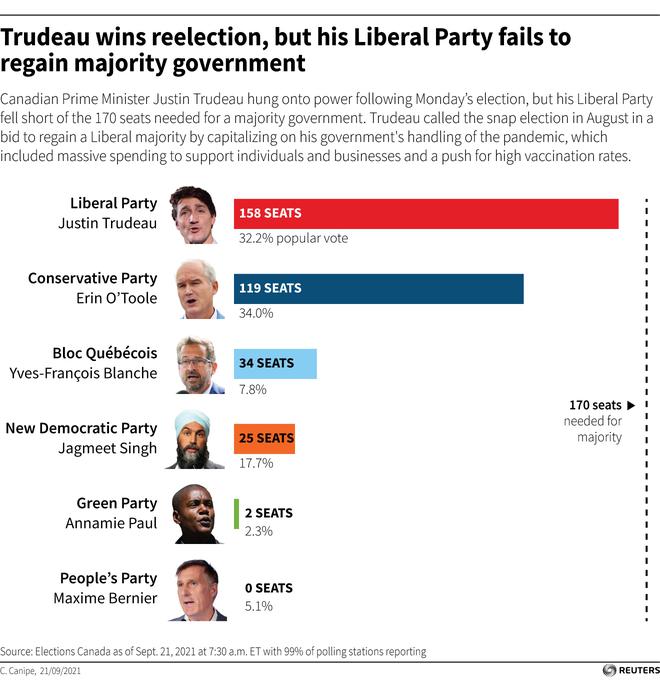 In the event, results from Elections Canada suggest voters were not sufficiently impressed to give Trudeau a majority. But nor, it seems, did they punish the Liberals for calling an early election.

Preliminary results with 98% of votes counted showed that Trudeau’s Liberals were leading in 158 seats, short of the 170 needed for a majority, and one more than they had going into the campaign.