The former member of Korean boy band EXO has lost endorsement and other deals with at least 10 brands including Porsche and Bulgari after a teenager accused him of sexually assaulting her while she was drunk.

In the photo above, Kris Wu performs in 2018 in New York City. The popular Chinese Canadian singer has lost endorsement deals with at least 10 brands including Porsche and Bulgari after a teenager accused him of sexually assaulting her while she was drunk. (Cassidy Sparrow/Getty Images)

A popular Chinese Canadian singer, Kris Wu, has lost endorsement and other deals with at least 10 brands including Porsche and Bulgari after a teenager accused him of sexually assaulting her while she was drunk.

The former member of Korean boy band EXO denied the accusation, which prompted an outpouring of supportive comments for the woman online and criticism of Wu.

"There was no 'groupie sex'! There was no 'underage'!" Wu said on his social media account, which has 52 million followers. "If there were this kind of thing, please everyone relax, I would put myself in jail!"

The backlash after the accusation appeared on the internet portal NetEase reflects the growing willingness of Chinese women to speak up about abuses in a male-dominated society.

Brands cut ties with Wu the next day. They are acutely sensitive to public opinion after the ruling Communist Party stirred up anger at shoe and clothing brands in retaliation for Western reports of human rights abuses in the mostly Muslim region of Xinjiang in the northwest.

Chinese-Canadian superstar Kris Wu on leaving K-pop behind and breaking into the U.S. hip-hop market

In addition to Porsche and Bulgari, brands including Tuborg Beer and China's Tencent Video and Master Kong Ice Tea scrapped endorsement, appearance and other deals with Wu. Lancome said its contract with Wu ended last month.

Louis Vuitton said it suspended a contract with Wu. Some comments left on websites criticized the company for not dropping him outright.

'I hate myself even more'

The woman told NetEase that when she was 17, Wu encouraged her to drink too much at a party and she woke up in his bed. 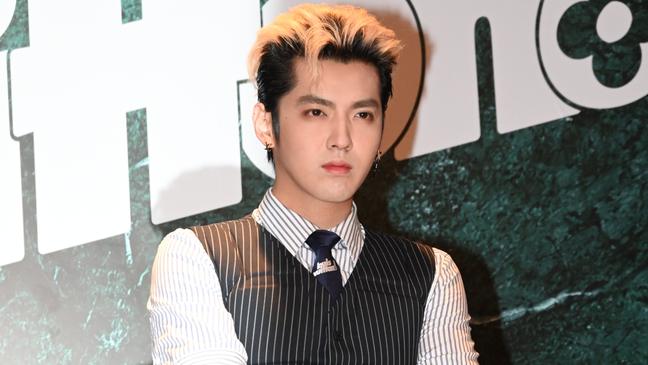 The woman said other women told her Wu seduced them, sometimes when they were under 18, with promises of jobs and other opportunities. There was no indication any were under China's age of consent of 14 or that Wu faces accusations of criminal misconduct.

Wu, known in Chinese as Wu Yifan, grew up in Guangzhou in southern China and in Vancouver, British Columbia. He performed with EXO in 2012-14 and then launched a solo career.

Both Wu, 30, and the woman said they asked police to investigate.

Wu said he waited to respond publicly to avoid interfering with legal action.

"I didn't expect my silence to encourage these rumours, and I couldn't stand it!" Wu wrote. "There were a lot of people there that day who can bear witness."

In March, the ruling party targeted H&M, Nike and other global brands over past expressions of concern about reports of forced labour in Xinjiang, where foreign governments say more than 1 million people have been confined in detention camps.

State TV called for a boycott of H&M, causing sales in China to plunge. Other official media criticized Adidas, Nike, Zara, Burberry and New Balance. More than 30 Chinese singers and actors pulled out of endorsement contracts with H&M, Nike and Adidas.

The ruling party claims credit for improving women's status in China but has tried to suppress the #MeToo movement as a potential source of political unrest.

With K-pop back in spotlight, Korean-American stars take hope