A group of telcos in Europe including Deutsche Telekom and Vodafone have called upon US tech giants to bear some of the cost of developing Europe’s telecommunication networks. The joint statement which was sighted by Reuters came at a time when telcos face massive investments for 5G, fibre and cable networks to cope with data and cloud services provided by Netflix, Google, YouTube and Facebook.

The statement read “A large and increasing part of network traffic is generated and monetized by big tech platforms, but it requires continuous, intensive network investment and planning by the telecommunications sector”.

“This model – which enables EU citizens to enjoy the fruits of the digital transformation – can only be sustainable if such big tech platforms also contribute fairly to network costs”.

The statement was also signed by CEOs of Telefonica, Orange, KPN, BT Group, Telekom Austria, Vivacom, Proximus, Telenor, Altice, Portugal, Telia Company and Swisscom. Although they didn’t name the tech giant specifically, Reuters believe they are referring to US players such as Netflix and Facebook.

They have also criticised EU lawmakers’ attempt to scrap surcharges for voice calls made between EU countries. It is seen as a significant source of revenue amounting to over EUR 2 billion (about RM9.54 billion) for a period of 4 years. As of May 2019, intra-EU calls are capped at €0.19 (about RM0.91) per minute and SMS are charged at €0.06 (about RM0.29) each. 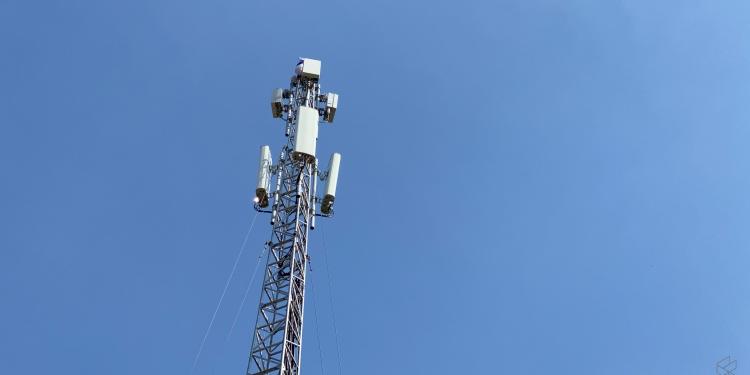 With the rise of social media and on-demand video content services, the consumption of data has risen exponentially. According to Ericsson’s report, the global average data use per smartphone user is expected to rise from 9GB in 2020 to 35GB in 2026, and 53% of the world’s total mobile data traffic will be carried by 5G networks.

Recently, SK Broadband of South Korea has sued Netflix for excessive high-bandwidth usage after the release of Squid Game and D.P. It was reported that the internet service provider is processing 1.2 Tbps which is a 2400% increase from May 2018. In 2020, SK estimated that Netflix’s network usage fee costs 27.2 billion won (about RM96 million). According to a lawmaker, foreign content providers like YouTube and Netflix account for 78.5% of South Korea’s data traffic.

The Reuters report also mentioned that the telco CEOs have criticised high spectrum prices and auctions used by the EU governments as cash cows. It said that these upfront costs would artificially force unsustainable entrants into the market. Germany raised EUR 6.55 billion (about RM31.27 billion) from their 5G spectrum auction while in the UK, the 5G auction raised GBP 1.4 billion (about RM7.88 billion).

It is worth pointing out that Malaysia has not done a spectrum auction and the spectrum is traditionally assigned to telcos through a beauty contest process with a minimal fee. As explained by former MCMC Chairman Datuk Seri Halim Shafie in 2016, 2x5MHz block of the 900MHz spectrum costs RM499.72 million while 2x5GHz block of 1800MHz spectrum costs RM217.77 million. Telcos are also required to pay an annual maintenance fee.

For the upcoming 5G rollout in Malaysia, the 5G spectrum will be assigned directly to Digital Nasional Berhad (DNB) and they will offer 5G services to current telcos through a wholesale agreement. Finance Minister Tengku Datuk Seri Zafrul Abdul Aziz recently said telcos will pay DNB between RM3.5 billion to RM4 billion over a period of 10 years, which claims to be lower than the RM1 billion invested by telcos yearly on their network. He also said the cost of 5G data by DNB to the telcos would be less than 20 sen per GB versus the current cost of 45-55 sen per GB for 4G on the telco’s own network.